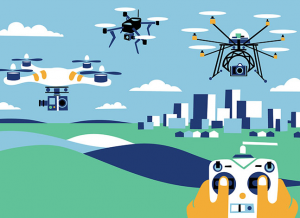 Expert Team went into a pilot launch of a new proprietary technology for area zoning defence that will allow Airports and Zone Sensitive Areas to protect themselves against intrusions by flying drones.

Drones, which may carry explosive devices, intrude privacy by taking photos or perform other potentially disruptive actions. These intrusive drones will be taken under the control of ET’s new technology once they enter into a pre-defined flying zone.

ET will be presenting this solution to the world at the ISS World event in Dubai from 14th to 16th March 2016.